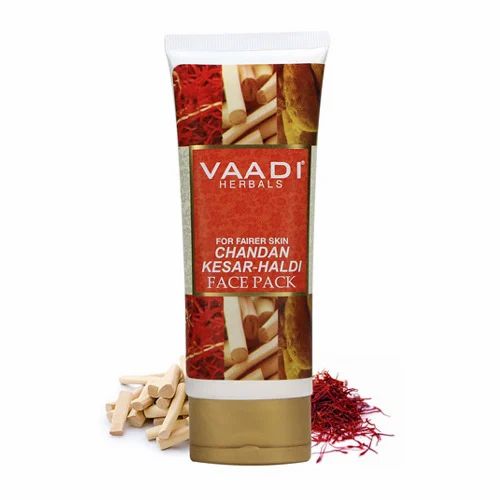 Minimum Order Quantity
1 Piece(s)
What causes uneven and tanned complexion?
Melanin is the darkening pigment found in our bodies. Higher its concentration is; darker one’s complexion is. It is also secreted as body’s natural defense against sun’s UV radiation. And the resultant effect of this secretion is what we call sun-tan.
The distribution of melanin is non-uniform in our bodies. Non-uniform secretion causes more darkening of certain parts, as compared to others; and the resultant effect is pigmentation or age spots or freckles.
Other reasons for a bad complexion are burns, skin infections, blackheads, as well as recurrent acne that leave ugly scars. Adding to this is skin’s decreasing ability to repair damage, as it ages.
It stimulates the production of collagen, and helps maintain the skin’s elasticity. This keeps the skin from sagging and wrinkling. In fact, this vitamin even betters the rate of cellular regeneration; which helps in repairing of tissues. And this helps in fading away the already present wrinkles too. Vitamin E also protects the skin from damage caused by UV rays; as well as minimizes the damage already done by it. Moreover, it cleanses the skin and helps in the reduction of dark spots, acne marks and scars.
What is Saffron and what are its benefits when used as a lightening agent?
Sourced from the plant Crocus sativus’ flower is the spice known as saffron or kesar. Known to have been in use since centuries as a cleanser and toner, it also has strong anti bacterial properties, hence proving effective against skin infections. As a toner, it unclogs pores by removing dead skin cells and excess oil hence controlling acne too.
It also proves a powerful anti oxidant by inducing collagen formation and cell regeneration, thus supporting skin’s elasticity and delaying wrinkles. Saffron is also popular as a complexion lightening and smoothening agent due to its ability to lighten acne scars and tanned, pigmented or blemished skin, and even out and moisturize dry skin.
What is Manjistha and what is its role in lightening complexion?
Used as an herbal remedy for years, manjistha is known to cleanse and cool the blood; thus improving the complexion. Its anti-septic properties help clear the skin of a number of skin infections, including the recurrent ones like acne; as well as diseases related to oozing and edema. To top it, its anti-inflammatory property, reduces itching and calms irritated skin; while smoothing it.
Manjistha not only adds glow and luster to the face, but also renders it a reddish tinge. It further evens the skin tone, by taking care of pigmentation anomalies; including discoloration, loss of color and freckles. It also helps burns and scald heal faster; that too without letting scars form.
What is Turmeric and how does it work to lighten skin?
Obtained from the ground roots of the plant Curuma longa, Turmeric, or haldi as it is commonly known as in India, is used as an anti oxidant, anti inflammatory, anti bacterial and anti septic agent; primarily because of curcumin, its prime ingredient. Turmeric is often used to fight and prevent acne, blackheads and other skin infections, besides disinfecting burns and cuts.
Application of turmeric improves blood circulation, while it also rids the skin of acne marks, blemishes and other dark spots; hence making it a popularly used skin lightening agent. It is known to impart radiance to the skin and add to its glow.
Get Latest Price for your requirement >
View More

Find Face Pack near you

Looking for something else ?

Get best deals for