One of the accepted procedures for determination of flexing resistance makes use of a De Mattia flexing tester. This tester provides useful information about the resistance of compounds of vulcanized rubber to flex cracking when subjected to flexing. Cracks develop in that part of the surface where stresses are set up during flexing, or if that part of the surface initially contains a crack, cause this crack to extend in a direction perpendicular to the stress.
The De Mattia Flex Tester consists of a set of grips to hold test specimens in two tiers with their holding faces lying in the same vertical plane. The flexing and un-flexing action is provided by holding one end of the test specimens in a fixed grip and the other end in a reciprocating grip.
The set of grips has two fixed grips and one large reciprocating grip positioned between them in order to flex half of the test specimens while the other half are being un-flexed. The reciprocating grip is fitted with gunmetal bushes, which slide on hardened and ground rods made of high carbon steel. The reciprocating motion is provided by an eccentric and linkage mechanism driven by an electric motor through a V-belt and pulleys.
A six digit electronic counter with reset and memory backup is provided for indicating the number of test cycles undergone.
The equipment is built on a rigid metallic base plate and finished in grey hammer tone stove painting and bright chrome / zinc plating to give it a corrosion resistant finish.
The standard model of the tester is designed to test up to six test specimens at one time. A special model capable of testing up to twelve test specimens at a time can also be offered against specific enquiries.
Moulding dies for preparing test specimen and jig and punch assembly for making initial crack in test specimens for crack growth test are available as optional accessories.
A special model of the tester, which can test up to twelve rubber specimens at elevated temperature, is also available. In this model the grips of the tester are placed inside a double walled oven having a front door fitted with toughened glass. The inner walls of the oven are made of aluminium sheet while the outer ones are of mild steel sheet. The space between the walls is filled with mineral wool for insulation. An electric heating element is provided for heating the air in the oven. An air-circulating fan for uniform temperature distribution in the oven is also provided. The temperature of the oven is controlled and indicated by a digital temperature controller cum indicator.
Techinical Data
Get Latest Price for your requirement >
View More 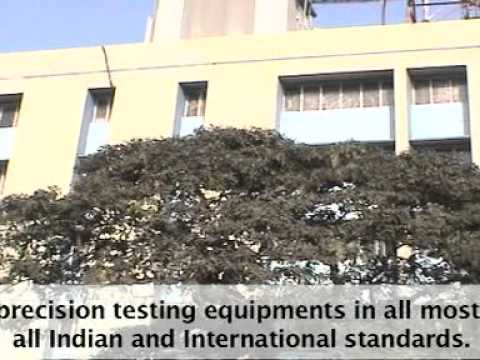 Find Testing Apparatus near you

Looking for something else ?

Get best deals for